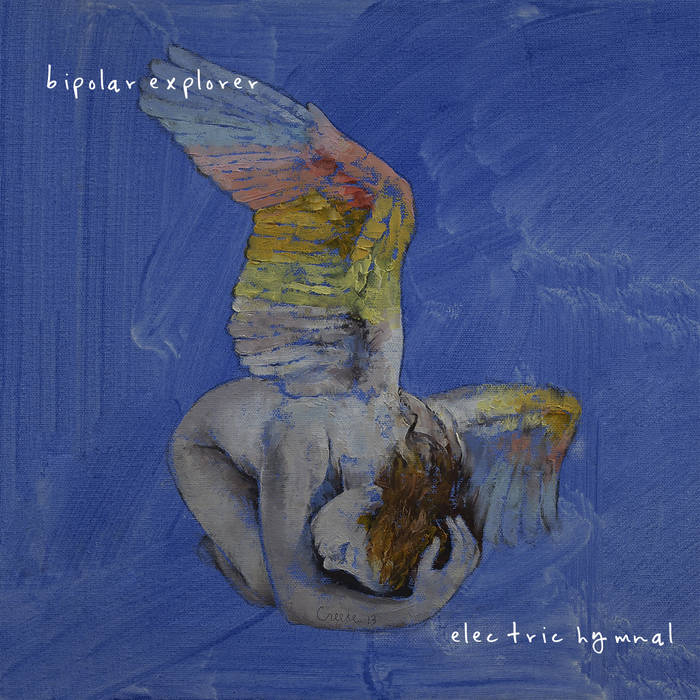 The band's fifth album released in June 2016 as a limited-edition CD only (no digital) and given away for free (plus shipping) to fans as "a gift of faith". A few copies remain. A mixture of devotional songs and spoken word (both secular and sacred), the album was conceived by band co-founder Michael Serafin-Wells as a "sonic prayer" for his partner, soulmate and sweetheart, the love of his life, their fallen bandmate, Summer Serafin, who passed away after a tragic accident in 2011 at the age of 31.

"...Get ready to be swept up and away by a prayerful reverie of melodies. I listened to the CD for the first time on a drive into San Francisco – careening above the bay on  the San Mateo bridge and I began to feel like I was flying. These songs could be considered prayers. The lyrics are not shouted, for the most part, but are breathed and whispered with reverential respect. There is something else happening with these melodies. Don’t forget that Bipolar Explorer is a post-rock band. Low growling vocals, gnarly grinding tempos, rhythmic looping strands that escape and rise above the weight of this world. That these lyrics are esoteric and spiritual is how they are able to soothe us and raise up our consciousness. I think that there is a lot of healing that can come from listening to this music. It also reminds me of the works of Nikos Kazantzakis; The Last Temptation of Christ, and Saint Francis – a non secular approach was taken to deliver the message of their saintly lives without it being ordained by the religious order. This music feels like that, a post-rock interpretation of worship music for the modern age, and typical non-believers. Electric Hymnal is released (for free!) as a limited edition CD (no digital) and is not being mass-marketed  - the band has stated very clearly that this music is offered up “as a meditation and sonic prayer for our fallen bandmate, Michael’s true love and partner, Summer Serafin.” I highly respect this because it makes the music real in a different way. It makes it feel live. Being limited to a very special audience makes it feel, rare. It goes straight to heaven where the angels are listening, and connects us here on the earthly plane to this private listening room where angels and the living mingle..."

"A big thank you to Bipolar Explorer for another beautiful record. The world seems to be a fairly sad place as of late. Plenty has happened that makes me rescind a little faith in my fellow man; plenty has happened to bathe the global climate with an air of fatigue and apathy...cutting us all off from one another and making us numb to anything from the outside wanting in. I put on this record expecting it to wash over me, cleanse some of the sadness, ease some of the pain. Instead, it got deep, deep inside and all of that pain, that angst, the exhaustion with the human race and all of its difficulties echoed in every song. But that's not awful. What resonates in this record is the grief of loss, the impatience of waiting for "it" (whatever "it" may be) to get better. And what the music represents is not what struggle has been heaped upon our shoulders and burdens us; not an auxiliary thing that's been added, but what's been taken away and how will we ever know if that missing stitch that seems to be unraveling the whole planet will be mended or if that missing piece of us will ever be found. The pain is in not knowing, but the consolation is in hoping so. If you're mourning the loss of someone you love or the loss of peace and human decency or the dwindling hope and faith in your neighbors, put on a sad record and know that there is someone else out there trudging through the fog with you.”

ABOUT THE BAND: Their sixth album, Dream Together (2017), praised by France’s Indiemusic as “magical and majestic - an ultimate tour-de-force”, their double-album, Of Love and Loss (2013) - "The most significantly stirring and addictive musical accomplishment we've come across in some time. Taut, emotional, urgent and altogether haunting” - and its follow-up, Angels (2015) - “Electrifying, what music fueled by raw love and emotions sounds like” - each a Critics Pick for Best Albums of the Year by Ground Control Magazine, Bipolar Explorer are an NYC-based dreampop, post-rock group founded by Summer Serafin (vocals) and Michael Serafin-Wells (lead guitar & vocals, bass and percussion), notable for intimate, electric live performances, unimpeachable songwriting, uncompromising DIY ethos and their playing without drums.

Recorded, mixed and produced by the band at The Shrine in New York’s Hell’s Kitchen, Sometimes in Dreams is the group’s seventh album overall and their third in just the span of a eighteen months.

In June 2016, the group released Electric Hymnal, a sixteen track collection of devotional songs and spoken word (both secular and sacred) - a meditation and sonic prayer for their fallen bandmate, Michael's true love and partner, Summer Serafin - in a limited edition one-time pressing on CD only (no digital), offering it free of charge, as a gift of faith.

The interweaving of spoken word into the band’s work was explained by Serafin-Wells recently in conversation with USC filmmaker, Alexandra Dennis-Renner, who is making a documentary, Sonic Prayer, about the band.

Having begun work on the live performance arts installation piece that ultimately became the new double-album, Sometimes in Dreams, Serafin-Wells says,“the idea of a female voice, a spoken word narrator - like in a novel or off-camera in a film - came to mind. To tell the story in tandem with the band, supported by film projections in collaboration with a visual artist. And once I wrote the narrative voice for the that, it just started to seem a natural thing, making its way into “Electric Hymnal” and “Dream Together”. Ya know? In that way that things sort of cross-pollinate through multiple projects. We were listening a lot to Laurie Anderson’s “Heart of A Dog” at the time and we kinda thought… yeah.”

In artistic collaboration with several visual artist friends of the band, Sometimes in Dreams, Dream Together and Electric Hymnal are conceived for performance as live installation pieces, in intimate, non-traditional settings. Immersive and multi-media, this direction might well be seen as a natural outgrowth of the band’s perennial choice of performance setting - art galleries - and other non-traditional venues.

As Michael told Indiemusic’s Raphael Duprez in a feature about the band (February 2017): “All of this is entirely for her. I often say that our music, each album, is of, for and about her. It’s my way of telling people about her and talking to her myself. That’s the “for’ and “about” parts of the equation. And Summer remains an integral part of the band - not only as its inspiration but, because I have lots of her isolated vocals from other recording sessions - as her voice, both spoken and singing, graces each record. I’ll write songs and fly in her voice. Summer isn’t the main reason BPX goes on, she’s the only reason. She is the reason. And I think I can trust that I’m doing things for the right reason if I always know the reason for it is her. Not out of any ambition other than to honor and conjure her. She’s my conscience."