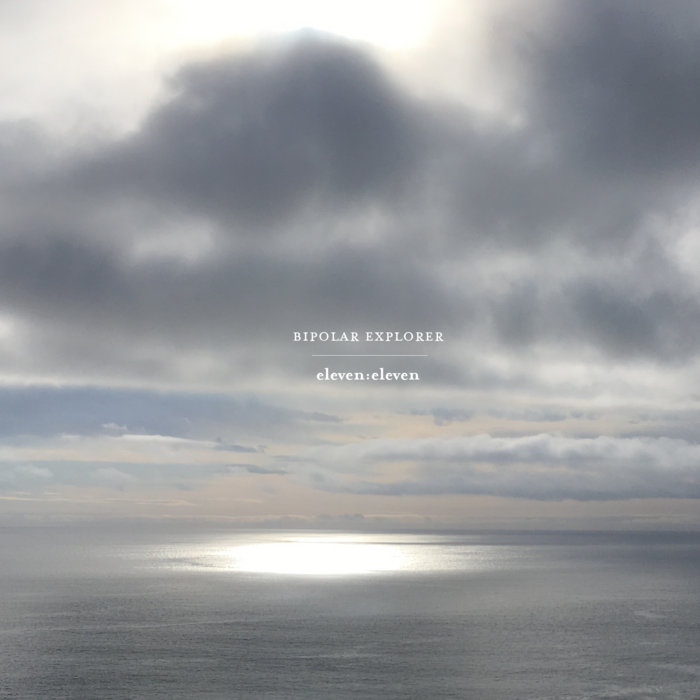 REVIEWS:
"A long piece, "eleven:eleven", on Slugg Records, from Bipolar Explorer. I’ve played them before. Their stuff is really beautiful and I have to say this might be definitely maybe one of the more beautiful things I’ve heard from them – which is saying something. Really gorgeous piece.”
-Jeffrey Davison-Shrunken Planet, WFMU

"Mesmerizing. A tiny gem that beguiles."
-The Sound Projector (UK)

"Ethereal music that sends the listener up towards the heavens to sit aloft on the clouds above. Truly ascendant."
-Carol Crow, WFMU

ABOUT THIS TRACK:
“eleven:eleven" is the new single by NYC-based post-rock trio Bipolar Explorer.

Composed by Michael Serafin-Wells and recorded by the band for the UK's "Dark Outside" experimental radio program. A special broadcast event held over 28+ continuous hours beginning noon GMT April 4, 2020. All works never before heard or released, the special broadcast was this year heard online but without archive or track list. This piece had its exclusive broadcast premiere at approximately 22:38GMT.

A limited wider digital release of the track (Bandcamp and Slugg Records only) begins April 10 2020.

Currently at work on their 9th album, DEUX ANGES, (expected release Autumn 2020, on Slugg Records), the signature interweaving of spoken word into the band’s work is described by the UK’s Norman Records as “a cross between Slowdive and Laurie Anderson - a late night radio transmission drifting to us, half asleep in bed”.

Recorded and mixed live, noisily and in a hurry at The Shrine, NYC.
Produced by Bipolar Explorer.
Mastered by Scott Craggs, Old Colony - Boston.
Cover photo by Sylvia Solanas.