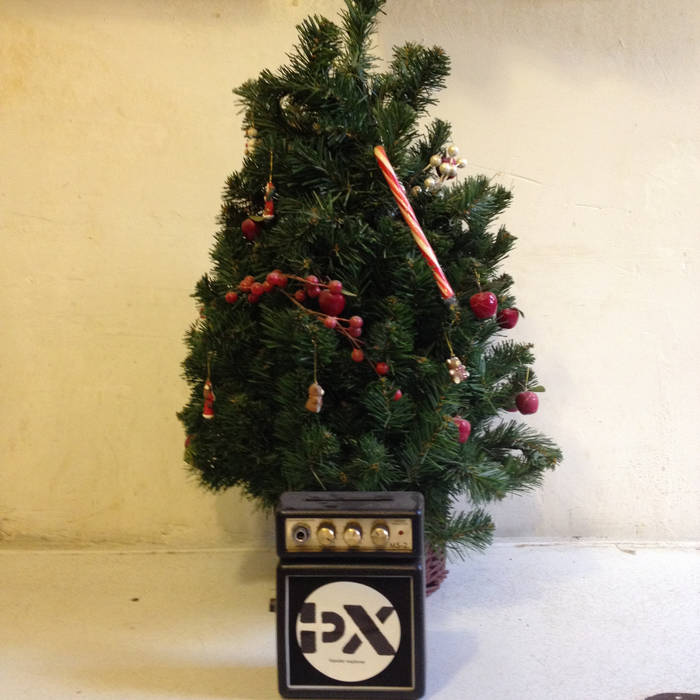 Hailed as "eclectic, steadfast and powerful" (PopMatters) and "taut, urgent and altogether haunting" (Ground Control) NYC's Bipolar Explorer bring their emotive, moody indie-rock dreampop vibe to this new collection of Christmas songs. Featuring one original holiday composition and new arrangements of four traditional carols, recorded, according to the band, "live, noisily and in a hurry" at their studio in Hell's Kitchen. (Slugg Records)

"New York’s minimalist indie rockers Bipolar Explorer are poised to release two new EPs this month: Angels, the follow-up to their celebrated double-record Of Love and Loss (Slugg Records) as well as a Christmas EP entitled BPXmas (out now digitally and as a CD on December 17). Indeed, I have it on as I write this. I’m not entirely certain what I expected but it’s kind of brilliant. And voluntarily having selected “repeat all," I have to say it’s getting under my skin.

Christmas music. It’s a dodgy prospect. I’m not sure I can take another holiday season hearing Sir Paul McCartney’s “Wonderful Christmastime” as I stamp about Trader Joe’s looking for some decent French Roast. But I wouldn’t mind at all coming across BPX’s moody “Emmanuel”, haunting “In The Bleak Midwinter” or their downright raucous “The First Noel” (yeah, they went there…) in any grocery aisle. There’s even a kind of joy in their ghostly half-German, half-English cover of “Silent Night." It may be more Joy Division than Joy to the World, but that might actually be a good thing.

BPXmas (a mash-up play on words of the band’s acronym, BPX, and that of Christmas itself) is comprised of those four traditional carols - in new arrangements ranging from moody shoegaze to jangly dreampop with a sturdy bit of the ruins of CBGB’s undergirding the lot – plus one new original composition, “It’s Christmas, Sweetheart," penned by frontman, lead guitarist and singer, Michael Serafin-Wells.

Inevitably, The Ghosts of Christmases Past attend and inform the proceedings – like every Bipolar Explorer record, this one is dedicated to the memory of their fallen bandmate, Michael’s late-girlfriend and partner, Summer Serafin, who died in a tragic accident in 2011 at the age of 31. But somehow that very gravitas only adds to the shimmer of this collection of tracks – it anchors them, still finding the very holiday-appropriate voicing of gratitude for ever having found “a life of love, so better led”, as Serafin-Wells sings to her on “It’s Christmas, Sweetheart," the EP’s opening track.
Interest piqued, I caught up with Michael via Skype from the band’s studio in New York’s Hell’s Kitchen…

Bipolar Explorer are an NYC-based minimalist indie rock group founded by Summer Serafin (vocals) and former Uncle frontman Michael Serafin-Wells (lead guitar & vocals, bass and percussion). The drummer-less group - once quoted as being “basically not-quite-former punk rockers who decided to try playing not so damn loud and without a drummer, partly out of necessity and partly to see if we liked it” - are currently poised to release both this Christmas EP, BPXmas, and the follow-up to their celebrated double-album, Of Love and Loss, an EP called Angels, on Slugg Records .

Recorded live, noisily and in a hurry at The Shrine - Hell’s Kitchen, New York City.

As ever, this record is of, for and about our fallen bandmate, my love and partner, Summer Lindsay Serafin (11/13/79 – 3/18/11). “She was like that device they use in open heart surgery that cracks your chest open and holds it gaping, wide, so you can be healed. That fragile little muscle, scarred and scared and on the verge of giving out, giving up, held now, tenderly, in her expert hands, beneath her loving, healing gaze. Love you forever. Goodnight, little sweetheart... -Michael Serafin-Wells, New York City - December 2014