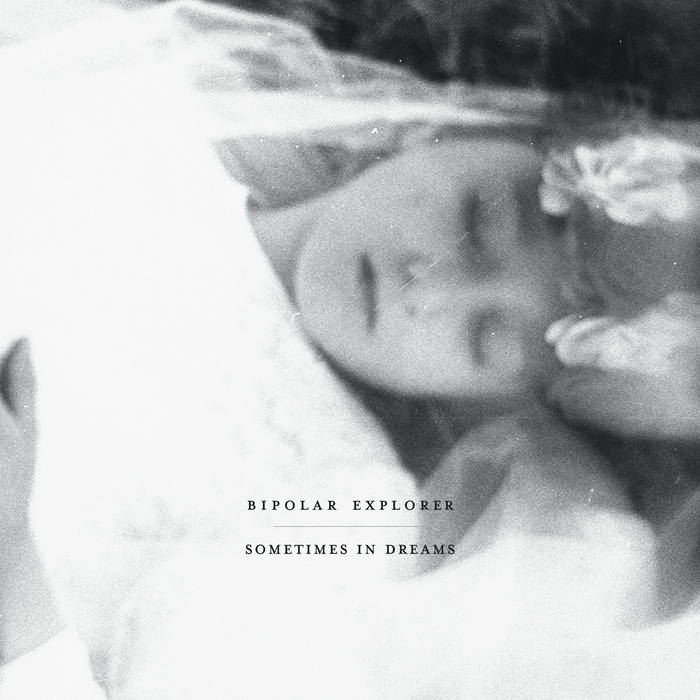 marksdad17 This is an amazing record. I first heard it on WFMU on Jeffrey Davison's Shrunken Planet show. Captivated on first listen, and then when I read about Summer's story and how it affected Michael, I was further amazed. As a father who lost a son a bit more than a year ago, I know all-too-well the hurt and pain the accompanies the loss of someone you love. To channel that into some of the best music I've heard in the last year is truly a testament to Michael and Bipolar Explorer. Favorite track: From The First.

"Unforgettable and essential. This is a major record." -Indiemusic (France)

“One year ago, Bipolar Explorer’s record “Dream Together” moved us to tears and sounded like a musical farewell, as well as a last goodbye, but also, an unstoppable wish not to let absence become the most oppressive feeling in (composer/band co-founder, Michael Serafin-Wells’) life. Remembrances matter, as they always do with Bipolar Explorer. And through “Sometimes in Dreams” (Slugg Records) the project reaches an upper level into emotion and confidence, transfiguring the everlasting link between two inseparable soulmates and creators. In this new work, Summer and Michael chart a course that follows an inspired and enlightening way of composing - illuminating nostalgia as a powerful, precious and human strength - to offer us so many fascinating and sincere songs, all destined to be unforgettable and essential to our own lives. Have no doubt, this is a major record.

The dearest human beings are the ones we cherish the chance to meet and talk to when we most feel the urge to do so, spend hours writing one another and focusing on every word in reply. Michael suffered, but survived. Bipolar Explorer is a perfect reflection of this humanity; a honest, pure and helpful presence. A guileless and urgent art of melodies, tunes and vocals thread their way and lead us lovingly through “Sometimes in Dreams” and, in the depths of the record, Summer, his muse, his eternal love, talks to him and us as she never did before. But Summer never looks or sounds like a ghost: she stands right in front of us, holding her lover’s hand as they both look at us, smiling. She then lays her eyes on him, sings with him, creates and changes into a remarkable source of inspiration for their new double-LP; an eternal piece of work, divided into different chapters but as homogenous as welcoming us to explore BPX’s parallel universes and lands.

Summer is always here, close to Michael and us. Her voice resonates through the first tunes of the record, and will shine more and more as we travel into a wonderful and moving musical world. Never with even a thought to erase her presence, Michael creates an intense but devoted melodic canvas during two hours that are flowing nearly too fast for us, as we all feel comfortable and at peace with what we are listening and enjoying. A complete immersion explodes in our souls: distortion on “Letter to the Darkest Star” and astonishing natural movements on “Ocean” invite us to swim in clear and warm waters. ‘Sometimes in Dreams’ is an album about life, its difficulties but, most of all, all that makes us go forward, whatever may happen : “Phantom Limb” and “Out” stare at the vaporous veils of desire and the constant need to be with our beloved ones, as “Necessary Weight” changes pain into the origin of redemption and the acceptance of our mourning.

On the second part of the record, “Thousand Thousand Summer” is probably the most passionate track; a vocal obsession changing into a cathartic hypnosis, then leading to the overwhelming song “The Choral Text Passage (Summerlove)” which breaks our mental barriers as well as Michael’s when he went through his oppressive loss. “Sometimes in Dreams” is a staging of the union of souls, troubles and inspirations; a hidden book, lost in the multiple bookshelves of an imaginary bookstore, but the only one we can find in a glimpse of an eye, as it is shining and calling us.

The final words of “Lost Life” are the most perfect way to end up talking about “Sometimes in Dreams”; so, time to let Bipolar Explorer express an ultimate motivation to think, feel and live. Summer and Michael’s tenderness, confidence and friendship are spiritually and melodically intense, and we can’t thank them enough for what they give us, year after year.

Perfect ending: “In this moment she appeared to him. In this waking hour he saw and could see. Overcome with emotion he understood at last. She beckoned and he returned to her joyfully, as she said, simply... now!” -Raphael Duprez, Associate Editor, Indiemusic (France) - 2 January 2018

28 tracks in all, SOMETIMES IN DREAMS is conceived as a live arts installation work for performance in collaboration with a visual artist. Featuring band co-founders Summer Serafin on vocals and spoken word, Michael Serafin-Wells on vocals, guitars, bass, percussion, tape loops and spoken and band friend Kim Donovan on additional spoken word/narration, this album, the group's seventh, revisits and re-imagines the songs from their 2012 release OF LOVE AND LOSS, weaving them seamlessly together with fourteen new compositions underscoring its newly penned poetic narrative as in live performance of the work. "Like a late night post-rock radio transmission drifting across the airwaves as we lay half asleep in bed" (Duly Noted - Montreal)

The limited edition CD comes with a beautiful 30 page booklet, conceived by Michael, in the style of a Victorian book of verses, with vintage black and white photos and the album's narrative, composed by Michael and voiced on the album by himself and Kim. The breathtaking cover image that wraps around the entire eco-wallet including the spine, is a photo - "A Summer Tale" - courtesy of celebrated French photographer and artist Colette Saint Yves.

Recorded live, noisily and in a hurry at The Shrine - NYC. Mixed and produced by Bipolar Explorer. Mastered by Scott Craggs, Old Colony - Boston.

Their sixth album, DREAM TOGETHER praised as “Magical and majestic - an ultimate tour-de-force” by France’s Indiemusic; their double-album, OF LOVE AND LOSS (2013) - "The most significantly stirring and addictive musical accomplishment we've come across in some time. Taut, emotional, urgent and altogether haunting” - and its follow-up, ANGELS (2015) - “Electrifying, what music fueled by raw love and emotions sounds like” - each a Critics Pick for Best Albums of the Year by Ground Control Magazine, Bipolar Explorer are an NYC-based dreampop, post-rock group founded by Summer Serafin (vocals) and former Uncle frontman Michael Serafin-Wells (lead guitar & vocals, bass, percussion, tape loops, spoken word), notable for intimate, electric live performances, unimpeachable songwriting, uncompromising DIY ethos and their playing without drums.

Recorded, mixed and produced by the band at The Shrine in New York’s Hell’s Kitchen, SOMETIMES IN DREAMS is the group’s seventh album overall and their third in just the span of a eighteen months.

Having begun work on a live performance art adaptation of their double-album, OF LOVE AND LOSS - first presented as a "concert performance" in Brooklyn in October 2015, the project continued to grow with 14 new compositions and narrative underscored and seamless linking the work in a gapless and continual flow over two discs, becoming this very album. About the project, Serafin-Wells says,“the idea of a female voice, a spoken word narrator, came to mind. To tell the story in tandem with the band, supported by film projections. And once I wrote the narrative voice for the live Of Love, that just started to seem a natural thing, making its way into ELECTRIC HYMNAL and DREAM TOGETHER. Ya know? In that way that things sort of cross-pollinate through multiple projects. We were listening a lot to Laurie Anderson’s “Heart of A Dog” at the time and we kinda thought… yeah.”

In artistic collaboration with several visual artist friends of the band, all three albums - “Electric Hymnal”, "Dream Together" and “Sometimes in Dreams” are conceived for performance as live installation pieces, in intimate, non-traditional settings. Immersive and multi-media, this direction might well be seen as a natural outgrowth of the band’s perennial choice of performance setting - art galleries - and other non-traditional venues.

As Michael told Indiemusic’s Raphael Duprez in a feature about the band (February 2017): “All of this is entirely for her. I often say that our music, each album, is of, for and about her. It’s my way of telling people about her and talking to her myself. That’s the “for’ and “about” parts of the equation. And Summer remains an integral part of the band - not only as its inspiration but, because I have lots of her isolated vocals from other recording sessions - as her voice, both spoken and singing, graces each record. I’ll write songs and fly in her voice. Summer isn’t the main reason BPX goes on, she’s the only reason. She is the reason. And I think I can trust that I’m doing things for the right reason if I always know the reason for it is her. Not out of any ambition other than to honor and conjure her. She’s my conscience..."

Sometimes in Dreams is conceived for and imagined as a live performance arts installation with a spoken word narration component and visuals. For inquiries, visual artist collaboration and bookings, contact the band via their website: www.bipolarexplorer.info

For Summer who filled my life with light and love and who is with me, I know. With all my love forever...