The Dark Outside, The Light Within 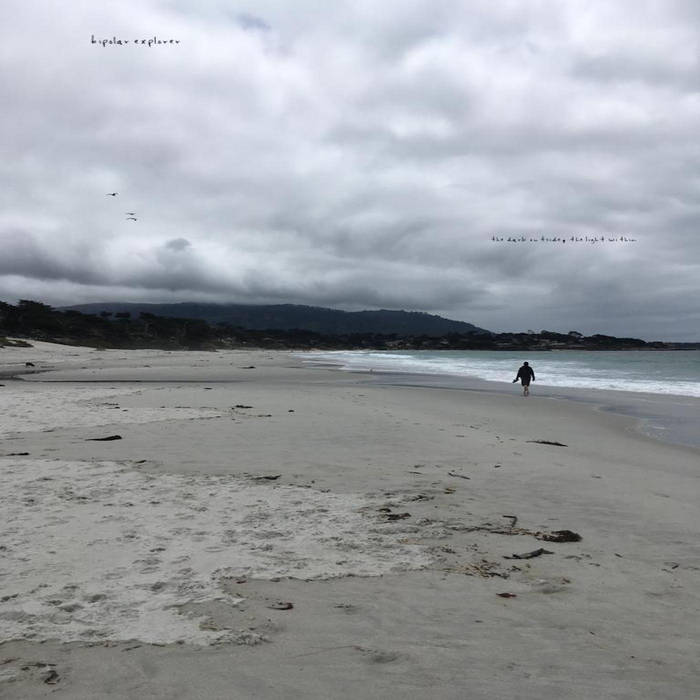 "Mesmerizing. A tiny gem that beguiles."
-The Sound Projector (UK)

"Ethereal music that sends the listener up towards the heavens to sit aloft on the clouds above. Truly ascendant."
-Carol Crow, WFMU

ABOUT THIS TRACK:
“The Dark Outside, The Light Within” is the new single by NYC-based post-rock trio Bipolar Explorer.

Composed by Michael Serafin-Wells and recorded by the band for London's "The Dark Outside" experimental radio program. A special event held over 24 hours on the summer solstice, this piece had its exclusive broadcast premiere June 20th, 2019, live on London 87.7 FM, from The Hunting Lodge of Waltham Forest in collaboration with the London Borough of Culture.

A limited wider digital release of the track (Bandcamp and Slugg Records only) begins July 19, 2019.

On November 23, 2018, the band released its 8th album, TIL MORNING IS NIGH - hailed as "dreamlike, luminous and enchanting" by France's Les Oreilles Curieuses - the follow-up to the band’s celebrated seventh album, SOMETIMES IN DREAMS - "Unforgettable and essential. This is a major record" (Indiemusic -France), which reached the #19 position of WFMU’s album charts in May 2018 and entered the top 200 of the North America College and Community Radio (NACC) listings. In March 2019, the band made its London radio debut, featured over consecutive weeks on Resonance FM.

Recorded, mixed and produced by the band at The Shrine in New York’s Hell’s Kitchen, TIL MORNING is the band's eighth album overall and their fourth in just the span of twenty-eight months.

This new limited release single, "The Dark Outside, The Light Within", was composed and recorded for London's experimental radio show "The Dark Outside" and premiered in a special event broadcast on June 20, 2019 - the night of the summer solstice - on London's 87.7fm.

The signature interweaving of spoken word into the band’s work is described by the UK’s Norman Records as “a cross between Slowdive and Laurie Anderson - a late night radio transmission drifting to us, half asleep in bed”.

The band are currently at work on their 9th album, expected release early 2020, on Slugg Records.

Recorded and mixed live, noisily and in a hurry at The Shrine, NYC.
Produced by Bipolar Explorer.
Mastered by Scott Craggs, Old Colony - Boston.
Cover photo by Sylvia Solanas.