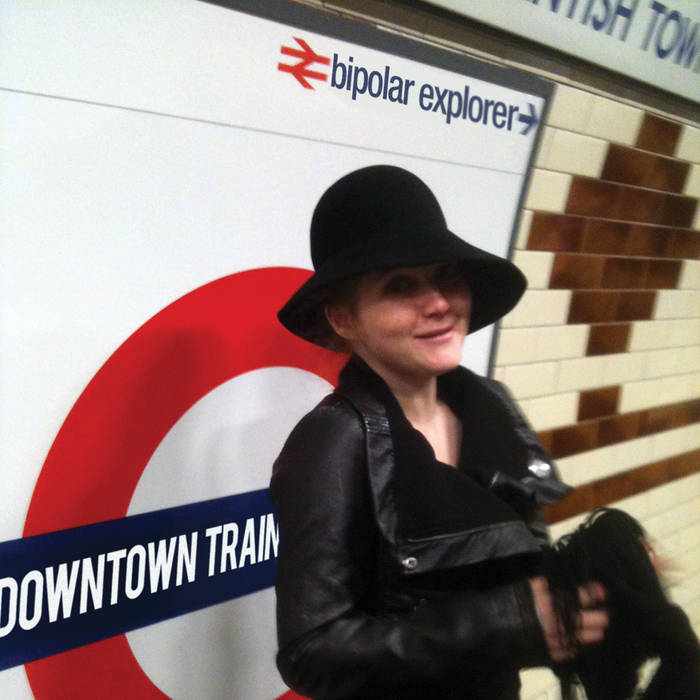 ABOUT THIS RELEASE: Their double-album, "Of Love and Loss", a Critics Pick for Best Albums of the Year by Ground Control Magazine, "The most significantly stirring and addictive musical accomplishment we've come across in some time. Taut, emotional, urgent and altogether haunting” and hailed by PopMatters as “Eclectic, steadfast and powerful", Bipolar Explorer release this breathtaking and evocative cover of the Tom Waits classic to mark the 36th birthday of their fallen bandmate, Michael’s true love and partner, Summer Serafin, who passed away after a tragic accident in 2011 at the age of 31.

As ever, this record is of, for and about our fallen bandmate, my love and partner, Summer Lindsay Serafin (11/13/79 – 3/18/11). “She was like that device they use in open heart surgery that cracks your chest open and holds it gaping, wide, so you can be healed. That fragile little muscle, scarred and scared and on the verge of giving out, giving up, held now, tenderly, in her expert hands, beneath her loving, healing gaze. Love you forever. Goodnight, little sweetheart... -Michael Serafin-Wells, New York City - November 2015

ABOUT THE BAND: Hailed by Ground Control Magazine who named their double-album "Of Love and Loss" a critics pick for Best Albums of the Year - "The most significantly stirring and addictive musical accomplishment we've come across in some time. Taut, emotional, urgent and altogether haunting" - Bipolar Explorer are an NYC-based minimalist indie dreampop band - founded by Summer Serafin (vocals) and former Uncle frontman Michael Serafin-Wells (lead guitar & vocals, bass and percussion), notable for intimate, electric live performances, unimpeachable songwriting, uncompromising DIY ethos and their playing without drums.

Recently featured on the legendary Irene Trudel's show on WFMU ("America's best radio station" - Rolling Stone) who calls their sound "beautiful, great drifty pop", the band are following up the double-release of the holiday record, "BPXmas" and its companion "Angels" ("Brilliant! Ranging from moody showgaze to jangly dreampop with a sturdy bit of the ruins of CBGB's undergirding the lot." - Ground Control) with this digital-only single, a series of original music videos, a collaboration with the art photographer Jacs Fishburne and a live art/theatre/music adaptation of "Of Love and Loss" expected to premiere late-2016.

Favoring non-traditional venues - art galleries, after-hour bookstores, house concerts, "secret" shows - founder, guitarist and lead singer, Serafin-Wells has explained their live approach, saying, "we're not quite ex-punkrockers who decided to play without a drummer and not so damn loud, partly out of necessity and partly to see if we liked it."

Forging an unique sound - described variously as shoegaze, dreampop, slowcore and minimalist indie - well serves the new songs Serafin-Wells began writing in the aftermath of the tragic loss of the group's female vocalist, Michael's love and partner, Summer Serafin, passed away after a tragic accident in 2011. She was just 31.

At work at the time on a new record, the group eventually returned to those recordings, adding them to a handful of newly written songs post-tragedy and reconceiving the album as both a testament and tribute to Ms. Serafin – muse, collaborator and True Love. The eclectic mix of studio and home recordings – entirely appropriate given Summer’s own fierce commitment to retaining the immediacy of the band’s demos in all “proper” releases - yielded a double-record, "Of Love and Loss", released to great acclaim in October 2012. As Michael told Ground Control's Daryl Darko in a feature about the band "…It's kinda of, for and about her. Every last step of this - the final mixes, the final mastering, the final art (the double CD comes with a collage poster of photos and an incredibly arresting cover, Alex Alemany’s painting “Mediterraneo”) – it was really hard to let go of because it felt like something was ending. But playing these songs out – and we’re not trying to replicate Summer’s vocals, no one could – it’s still something going forward. It’s like a kind of prayer to her and we know, we can feel it – she’s around.”

Outside, another yellow moon
Has punched a hole in the nightime mist
I climb out the window and down to the street
I'm shining like a new dime
Downtown trains are full
Of all those Brooklyn girls
They try so hard to break out of their little world

Will I see ya tonight
On a downtown train?
Where every night it's just the same

I know your window
And I know it's late
I know your stairs and your doorway
Walk down your street and past your gate
Stand by the light of the four-way
Watch them as they fall
Babe, they all have heart attacks
They'll stay at the carnival
But they can never bring you back