Watchers and Holy Ones 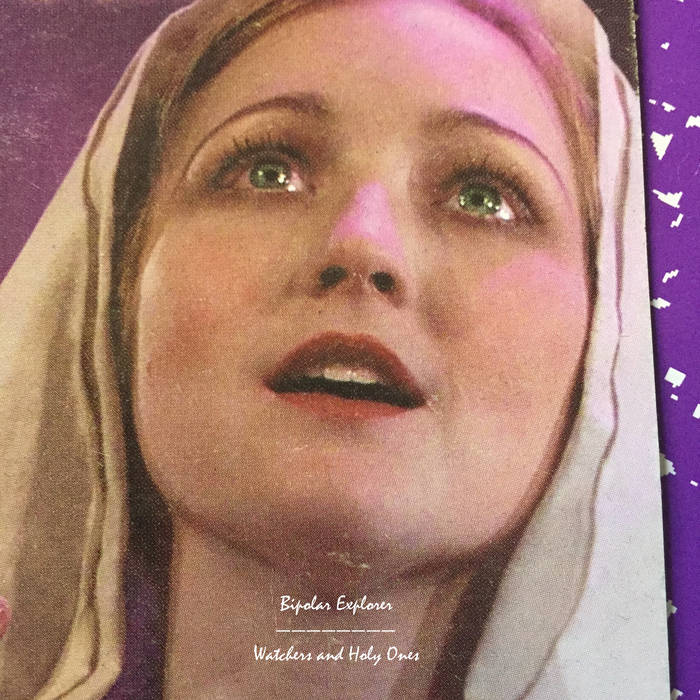 ABOUT THIS RECORD: Following up their critically-acclaimed sixth album, DREAM TOGETHER - "magical and majestic - an ultimate tour-de-force" (Indiemusic - France) - New York dreampop trio release this special digital-only single to honor their fallen bandmate, Summer Serafin, on the anniversary of her tragic passing. With love forever.

ABOUT THE BAND: Their double-album, OF LOVE AND LOSS (2012) - "The most significantly stirring and addictive musical accomplishment we've come across in some time. Taut, emotional, urgent and altogether haunting” - and its follow-up, ANGELS (2015) - “Electrifying, what music fueled by raw love and emotions sounds like” - each a Critics Pick for Best Albums of the Year by Ground Control Magazine, Bipolar Explorer are an NYC-based dreampop, post-rock group founded by Summer Serafin (vocals), Michael Serafin-Wells (lead guitar & vocals, bass and percussion), notable for intimate, electric live performances, unimpeachable songwriting, uncompromising DIY ethos and their playing without drums.

An instant new add to non-commercial playlists - WFMU’s Liz Berg pronouncing it as “just a great album” and charting on KDVS for the first five weeks following its release - DREAM TOGETHER got an especially glowing review from France’s Indiemusic Magazine who called it “magical and majestic - an ultimate tour-de-force” and followed up with an feature/interview with the band on February 20.

Recorded, mixed and produced by the band at The Shrine in New York’s Hell’s Kitchen, DREAM TOGETHER is the group’s sixth album overall and their second in just the span of a year.

Having begun work on a live performance arts installation adaptation of their double-album, OF LOVE AND LOSS, Serafin-Wells says,“the idea of a female voice, a spoken word narrator - like in a novel or off-camera in a film - came to mind. To tell the story in tandem with the band, supported by film projections in collaboration with a visual artist. And once I wrote the narrative voice for the live “Of Love”, that just started to seem a natural thing, making its way into “Electric Hymnal” and “Dream Together”. Ya know? In that way that things sort of cross-pollinate through multiple projects. We were listening a lot to Laurie Anderson’s “Heart of A Dog” at the time and we kinda thought… yeah.”

In artistic collaboration with several visual artist friends of the band, both OF LOVE AND LOSS and DREAM TOGETHER are conceived for performance as live installation pieces, in intimate, non-traditional settings. Immersive and multi-media, this direction might well be seen as a natural outgrowth of the band’s perennial choice of performance setting - art galleries - and other non-traditional venues.

Forging an unique sound - described variously as shoegaze, dreampop, slowcore, post-rock and minimalist indie - well serves the new songs Serafin-Wells began writing in the aftermath of the tragic loss of the group's female vocalist, Michael's love and partner, Summer Serafin, who passed away after a tragic accident in 2011. She was just 31. At work at the time on a new record, the group eventually returned to those recordings, adding them to a handful of newly written songs post-tragedy and re-conceiving the album as both a testament and tribute to Ms. Serafin – muse, collaborator and True Love - yielding a double-album, OF LOVE AND LOSS, released to great acclaim in October 2012.

As Michael told Indiemusic’s Raphael Duprez in a feature about the band (February 2017): “All of this is entirely for her. I often say that our music, each album, is of, for and about her. It’s my way of telling people about her and talking to her myself. That’s the “for’ and “about” parts of the equation. And Summer remains an integral part of the band - not only as its inspiration but, because I have lots of her isolated vocals from other recording sessions - as her voice, both spoken and singing, graces each record. I’ll write songs and fly in her voice. Summer isn’t the main reason BPX goes on, she’s the only reason. She is the reason. And I think I can trust that I’m doing things for the right reason if I always know the reason for it is her. Not out of any ambition other than to honor and conjure her. She’s my conscience".

Oh higher than the cherubim,
God bless and keep our Summer Serafin,
Hear our prayers, Alleluia!
The love that shakes me to my very core,
Let every word magnify the Lord.